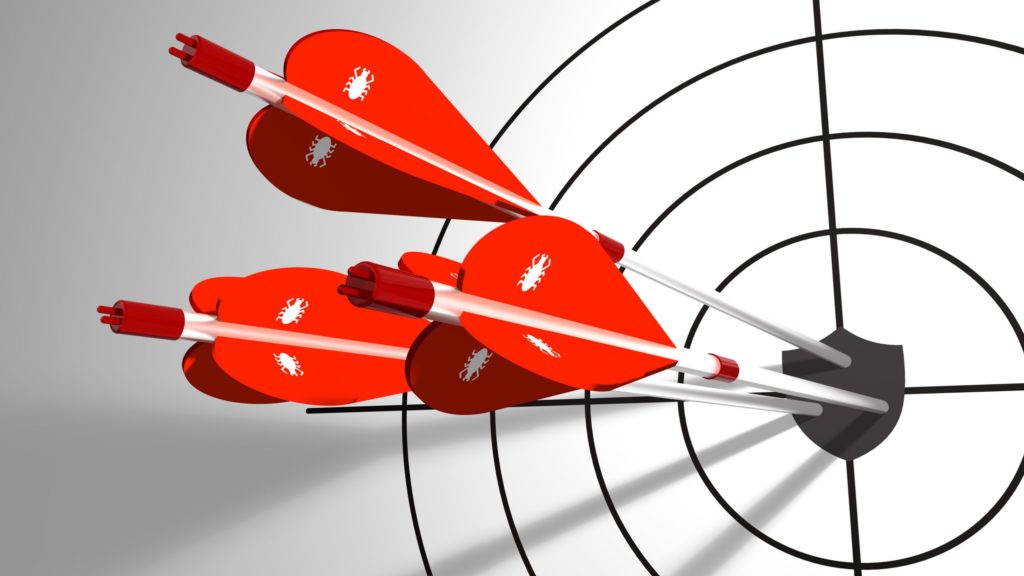 Are Cybercriminals Pointing Their Targets On You Next?

Cyberattacks are changing their targets from Q4 of 2019 into Q1 of 2020. Criminals are sharpening their knives to inflict major damages (and downtime) to organizations like yours, making the actual experience of being shut down during an attack incredibly hard to bare.

With costs of ransomware on the rise—doubling quarter over quarter since Fall of 2019—experts are worried that damage from attacks could get worse in 2020. Several businesses recently found the only option from a ransomware recovery to shutter their doors after failed attempts to restart operations post-attack. In one such case, a family-run business—one feeding over 300 families—was forced to shut down just before Christmas this past year.

With growing momentum and no sign of backing down, will you be the next target?

Cybersecurity experts warn that ransomware costs will continue to grow this year, too. And you might be a bigger target today than you might have thought last year.

With more successful ransomware, able to snake through networks smarter, criminals are able to sneak into business network undetected, lay dormant collecting data (say key logging your machines and looking for VIPs within your organization) and strike when the stars align.

Instead of simply breaching your network and demanding a ransom, today’s attackers are slowly stealing your data and ten ransoming the encrypted data. On top of that, they have begun to extort their victims out of even heftier sums of money for sensitive data. Data extortion has led to greater compliance amongst businesses paying ransoms.

Many business owners fail to see the hidden costs to a ransomware attack.

Yes. We all can see in plain sight some of the strikingly expensive costs when it comes to ransomware attacks. Forensic analyses, fines and even ransom payments all add to the major hurdles inflicting organizations in recent years.

But what many still fail to see are the many hidden costs that actually put more businesses under than the actual demand in the first place.

What most don’t realize is the cost of a remediation is not simply costs directly related to a recovery. If you were a chain of healthcare clinics suffering an attack, you have missed costs in treating and billing patients, delayed reimbursements from insurance and a team full of people that are still dependent on their wages.

One big finding over the last few years? Your downtime WILL increase.

Certain types of ransomware have actually evolved to be more pervasive throughout your network. Ransomware attackers like Ryuk have actually made their attacks sticker. One example of this is through a new feature called “Wake-on-LAN” that actually turned devices within compromised networks that were initially powered off. That means that the number of attacked computers and devices are maximized.

So who are criminals focusing on thus far in 2020?

The cybersecurity community has been seeing attacks range the gamut between professional services, healthcare and manufacturing. Companies large and small—it doesn’t matter whether you have 20 employees or 1,200. You are likely a target for an attack.