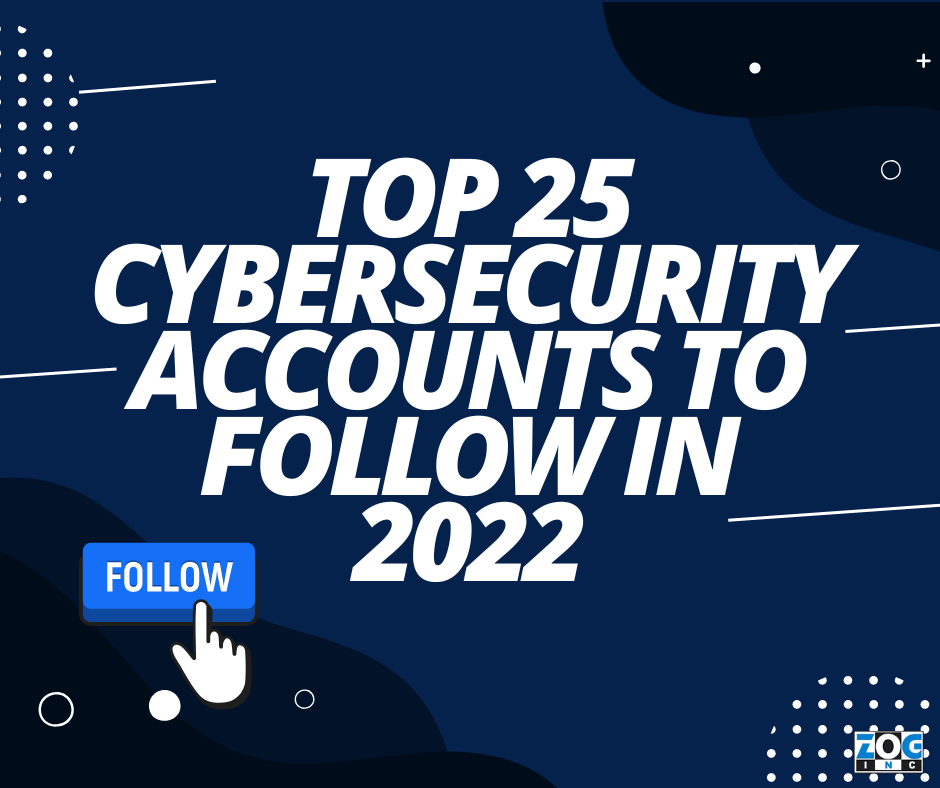 The worldwide technology market is thriving, with sales expected to hit $5 trillion by 2025. The cybersecurity industry is projected to grow to $345.4 billion by 2026.

This makes it all the more critical for IT managers, security experts, CEOs, and business leaders to keep up with the rapid pace of change in cybersecurity. Before you put your money into a platform or service, make it a priority to stay informed about what’s going on in this niche.

The good news is that many knowledgeable industry insiders are already sharing what they’ve learned about cybersecurity.

Keep reading to gain insight from some of the most influential people in cyberspace.

He is the CEO of Malwarebytes. Marcin’s expertise lies in assisting small businesses in guarding against data breaches and online attacks.

Ex-reporter for the Washington Post Brian Krebs has written the number one best seller Spam Nation. He has rapidly risen to prominence as an authority on cybersecurity. His blog can be read over at KrebsOnSecurity.com.

Caroline is a co-founder of ClearOPS, a tech company specializing in privacy and cybersecurity that is revolutionizing the process of third-party risk due diligence by employing cutting-edge technologies like deep learning and natural language processing.

Tom has mastered the art of monitoring and analyzing cybercrime actors, malware, and global events impacting cyberspace. Recently, he has been contributing to SentinelLabs with insights on cyberwarfare and its effects on business security.

Graham Cluley is an award-winning cybersecurity expert, author, and researcher and was recently enlisted into the Infosecurity Europe Hall of Fame. He is now an independent blogger, analyst, speaker, and host of the Smashing Security podcast.

Sagi, a seasoned entrepreneur, is the co-founder and chief product officer of Perimeter 81, a SaaS solution that offers a more straightforward cybersecurity experience for the modern hybrid workforce.

She is the CEO of Luta Security, where she provides counsel to governmental and academic institutions on security risks and bug bounty initiatives.

Jeff is an integral part of the group that created AWS and is widely recognized as one of the world’s foremost cyber security experts. Now he’s AWS’s vice president and chief evangelist, so he’s invested in learning on both sides of the glass.

Michael Coates has overseen the safety of hundreds of millions of users while serving as the head of security at Mozilla and Twitter. Now, he serves as the Chief Information Security Officer for CoinList, a cryptocurrency, and digital asset trading platform.

Rachel helps businesses protect their data by conducting penetration tests and teaching staff about social-engineered attacks in her role as CEO and ethical hacker at SocialProof Security. She also leads the non-profit organization Women in Security and Privacy (WISP).

As the Co-Founder of the Coalition Against Stalkerware, Eva is committed to combating cyberstalking and harassment. In her TED talk, she urges antivirus companies to label stalkerware as harmful to safeguard victims from abusers.

Maria is a security researcher who focuses on mobile and IoT security. She was named Forbes’ Person of the Year in Cybersecurity 2020. Azeria Labs is a company she started to educate businesses about binary exploitation and how to find and fix security flaws in Arm-based gadgets.

Catalin calls himself an “Ex-cybersecurity reporter” and now works on newsletters for podcasting channel RiskyBiz. His Twitter feed is a treasure trove of carefully curated cybersecurity news and intel.

Formerly an incident responder and security architect, Christopher now studies malicious software at Microsoft’s Threat Intelligence Center. Follow him to keep up with the most recent malware outbreaks and breaking news about ransomware and cybercrime.

Shira Rubinoff, a leading figure in the field of cybersecurity, specializes in the human element of the area. She is the president of SecureMySocial and a co-founder of the New York City-based technology incubator Prime Tech Partners.

Katie works at FOR578: Cyber Threat Intelligence as a SANS Certified Instructor and at the Atlantic Council’s Cyber Statecraft Initiative as a Senior Fellow. She is also the Director of Intel at RedCanary.

Troy is an expert in online security and cloud development. He founded the company that provides the “Have I Been Pwned?” service for compiling information about data breaches. In addition to his roles as Microsoft Regional Director, conference speaker, and Pluralsight Information Security Author & Instructor, he also leads workshops for businesses on developing more secure software.

Theresa Payton was the first woman to hold the position of chief information officer in the White House. Later, after leaving the Bush administration, she co-founded the cybersecurity company Dark3 and is now the chief executive officer of the cybersecurity consulting firm Fortalice Solutions.

To combat state-sponsored cyberwarfare, Eugene founded Kaspersky Lab in 1997 and has since led the company’s research efforts. More than 400 million people worldwide rely on Kaspersky Lab’s products, making it one of the most popular consumer IT security software providers.

Thomas is an internationally renowned authority on politically motivated cyber attacks, disinformation, and cybernetics. He works as a professor of strategic studies and at Alperovitch Institute for Cybersecurity Studies as the founding director.

Put the expertise of these influential people in the cybersecurity industry to work for you as you consider your options for investing in cybersecurity.